It’s a pretty rough feeling when you want to take the Jeep for a ride on the trail, only to find something wrong with its transmission. Like all Jeeps, it’s expected to be able to climb and tow its own body weight. Some common issues that occur include the transmission overheating, miss-shifting, or running in limp-mode. The good news is most of these problems are repairable under warranty, so the most difficult part requires diagnosing them, as explained below.

The gears may be sticking.

If there is a problem accelerating, pay attention to how it shifts. The gears may be getting stuck in-between shifts, causing the Jeep to run sluggish. This problem most commonly occurs on later models, and requires its computer to be re-flashed in order to be fixed. The following instructions work to check for any DTC codes on your Jeep JK.

The code you should keep an eye out for is DTC P0730. Due to the number of issues and complaints Jeep received, they released an update for an ECU flash in October of 2014 in order to combat this issue.

If the vehicle is under warranty, the dealership should still cover the repair costs. This is important because anything with transmission repair can easily cost into the thousands.

The transmission may be stuck in limp-mode.

Limp-mode is set to go off when the transmission registers itself as being over-worked. Unfortunately, this causes it to not exceed 2nd gear, resulting in limited acceleration. The quick fix to this problem requires resetting the computer. However, this does not find out why the transmission went into limp-mode. Use the procedure listed above to find the problem and reset the computer.

The transmission may be running hot.

This problem has most commonly occurred on models built between 2007 to 2010. It occurs when the automatic transmission is placed under load, whether it be from towing or from climbing, resulting in the “Hot Oil” light turning on from inside the dashboard. Once the light turns on, the transmission has already been damaged and its life expectancy has shortened, so many JK owners have attempted to have Jeep fix the problem to no avail. Installing an aftermarket cooler does prevent the transmission from overheating, but may cause Jeep to void the warranty. However, call the Jeep service managers and voice your concern. They have turned over and installed the Mopar cooler on several vehicles, under warranty. 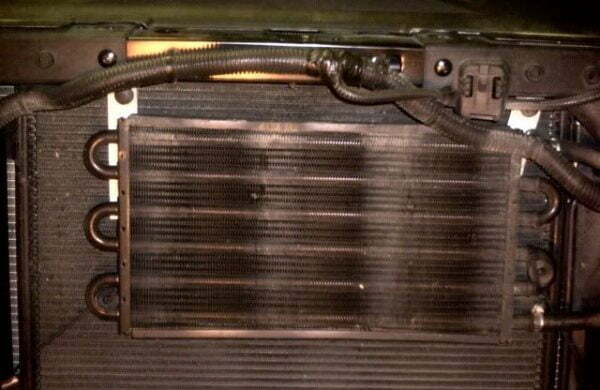